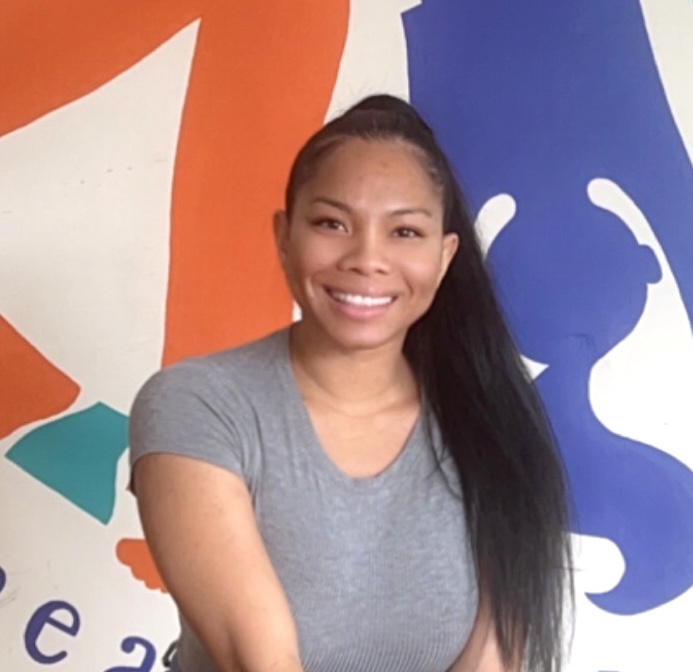 Mika holds a role contributing to the “behind-the-scenes” magic of the Mosaic Project, supporting the entire organization and all of its programs and activities. Currently, Mika attends UC Berkeley’s L&S division as a proud high-honors student studying double majors in the social sciences field. Her concentration is on culture, diversity, and promoting growth and progression within the community. Mika is a unique mix of African-American and Filipino, is fluent in American Sign Language, and is a full-time Super Mom! 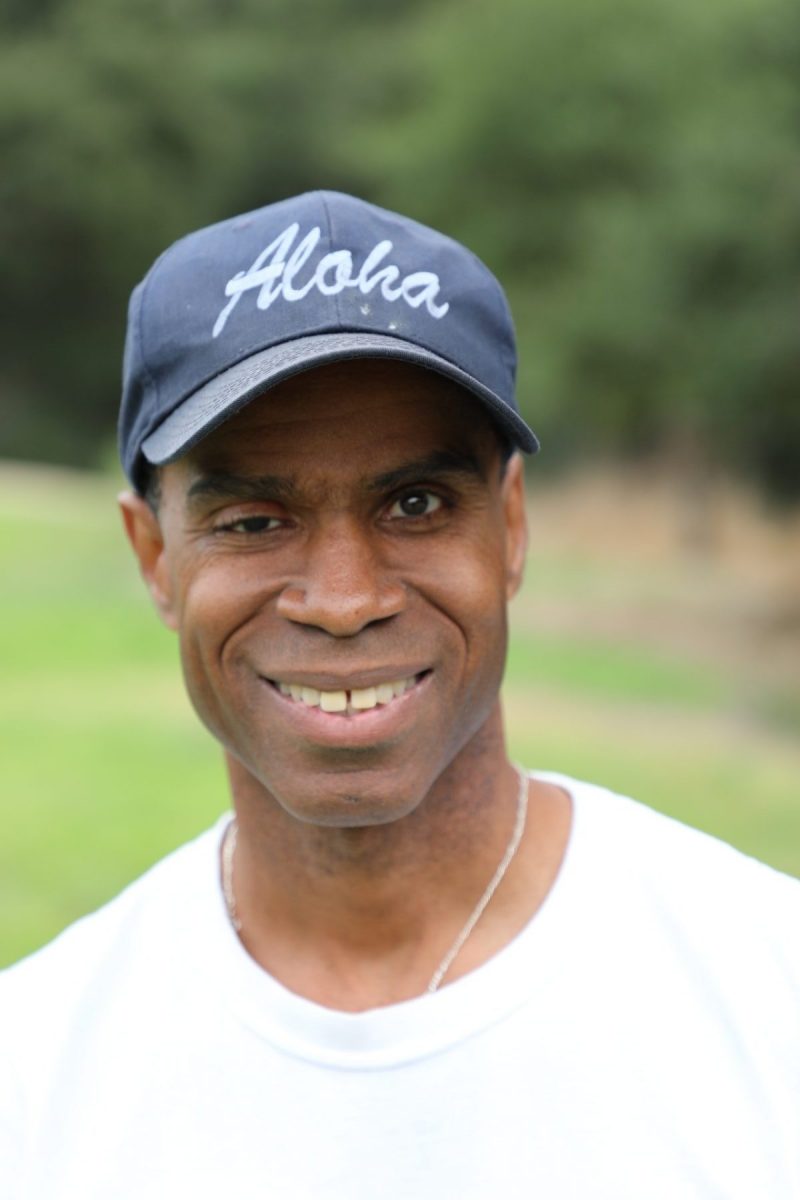 Khemnes manages Mosaic’s Youth Leadership Project and is responsible for providing a network of teens and youth adults with opportunities for mentorship and leadership. He connects youth from all different backgrounds and offers them facilitation experience in assertive communication, conflict resolution, and Mosaic’s unique curriculum. Since 2007, Khemnes has worked with Mosaic at the Outdoor Project and through the Mosaic Consulting Project.

Khemnes has a BA from California State University of Fullerton and an Education Specialist credential from San Francisco State University. He thinks he is the best at Goal Ball, but that has yet to be proven. 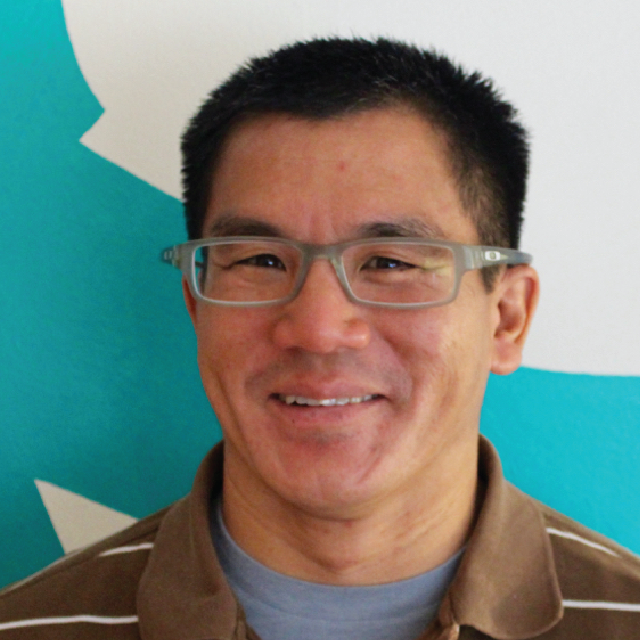 Brian manages The Mosaic Project’s day-to-day operations and provides the strategic vision for the Mosaic Consulting Project. Brian’s work experience includes consulting at Price Waterhouse, corporate finance with Hewlett-Packard and Sitesmith Inc, outreach for the Golden Gate Opera, and program development for the Silicon Valley Triathlon Club. The highlight of his career thus far has been facilitating The Mosaic Project’s diversity curriculum at the Outdoor Project.

Brian received a BS in Electrical Engineering from Duke University and an MBA from the Johnson School of Management at Cornell University. He is an expert bicycle racer, an avid gardener, and Mosaic’s own “Mr. Everything.” 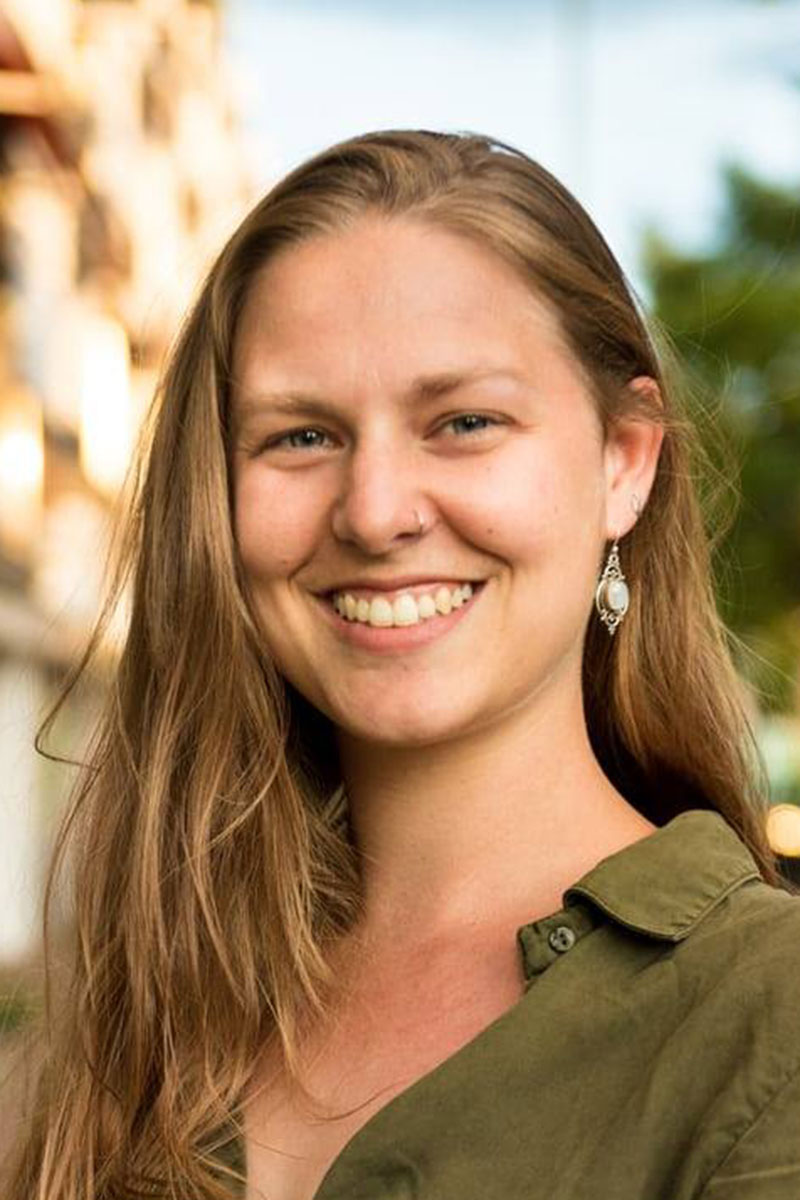 Sandra joined The Mosaic Project for the first time as a youth leader in 2007, and since then has returned year after year in many roles including Lead Facilitator, Outdoor Project Logistics Coordinator, Youth Leadership Project co-director, Program Specialist, and now as Special Projects Director where she focuses on curriculum development, developing and facilitating trainings with the MCP and In-School Project, and fund development. She earned her MA in International & Multicultural Education at USF, and also holds a BA in Global Studies. In addition to creating engaging, creative educational opportunities for people of all ages, she’s also worked in arts administration and critical media literacy programs. She loves painting, drawing, playing harp (especially at Mosaic campfires!), gardening, and winning board games. 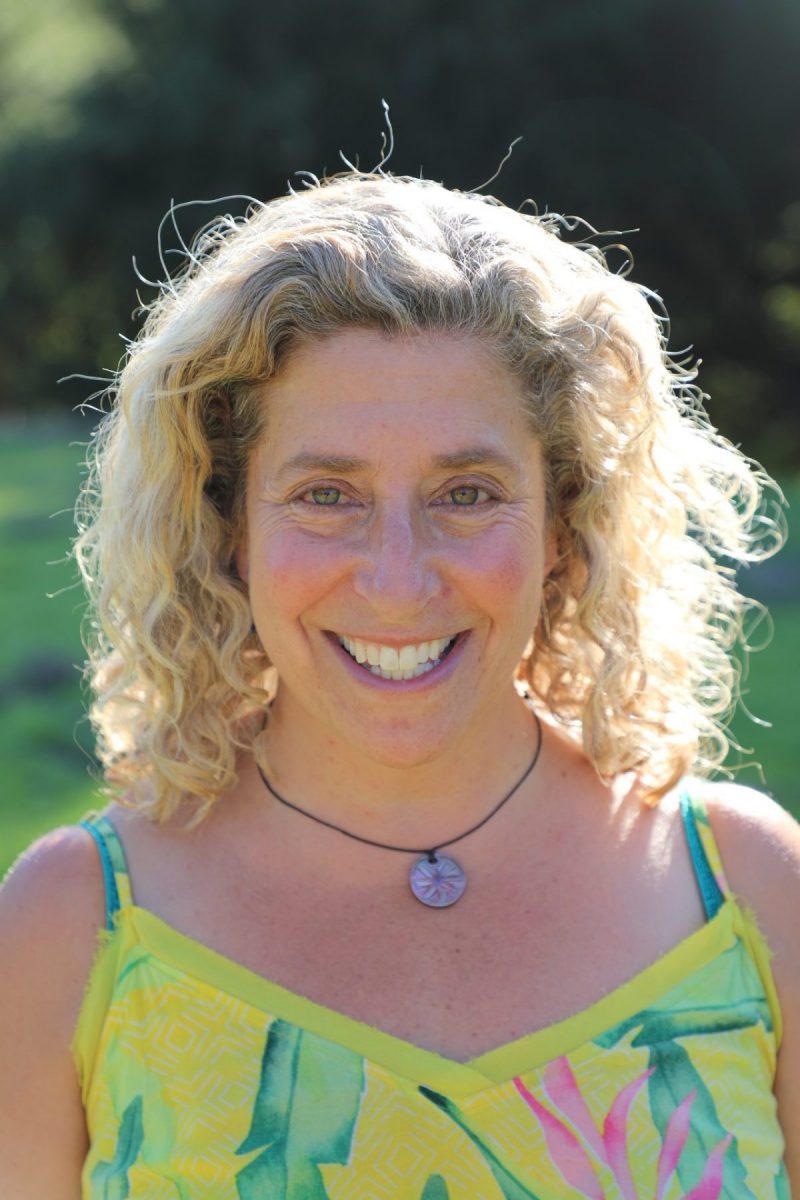 Lara began imagining The Mosaic Project when she was 15 years old and attended a weeklong summer camp that brought together students from different backgrounds, specifically to address prejudice and discrimination. While she went to an intentionally diverse school, this was the first time she talked about these issues outside her Jewish community. It was a powerful experience, yet the fear, defensiveness, already deeply entrenched prejudice, and occasional violence she observed convinced her that waiting until high school to address issues of difference is waiting far too long. She decided that she would one day do this work with younger students before they reached adolescence.

This determination was strengthened during a college program that brought Jewish students to Germany. Meetings with former Nazis, as well as visits to concentration camps where her great aunts, uncles, and cousins were killed, solidified her commitment to fight all forms of hatred.

After graduating from Stanford University with a B.A. and M.A. in Anthropology, Lara had a brief career in cross-species communication working with Koko the gorilla, various dolphins, and formerly captive spider monkeys. She then worked extensively in violence prevention, youth development, and cross-cultural communication on four continents before returning to the US in 2000 to found The Mosaic Project. She is an experienced backpacker, aspiring surfer, and a Black Belt in Kajukenbo Kung-Fu. 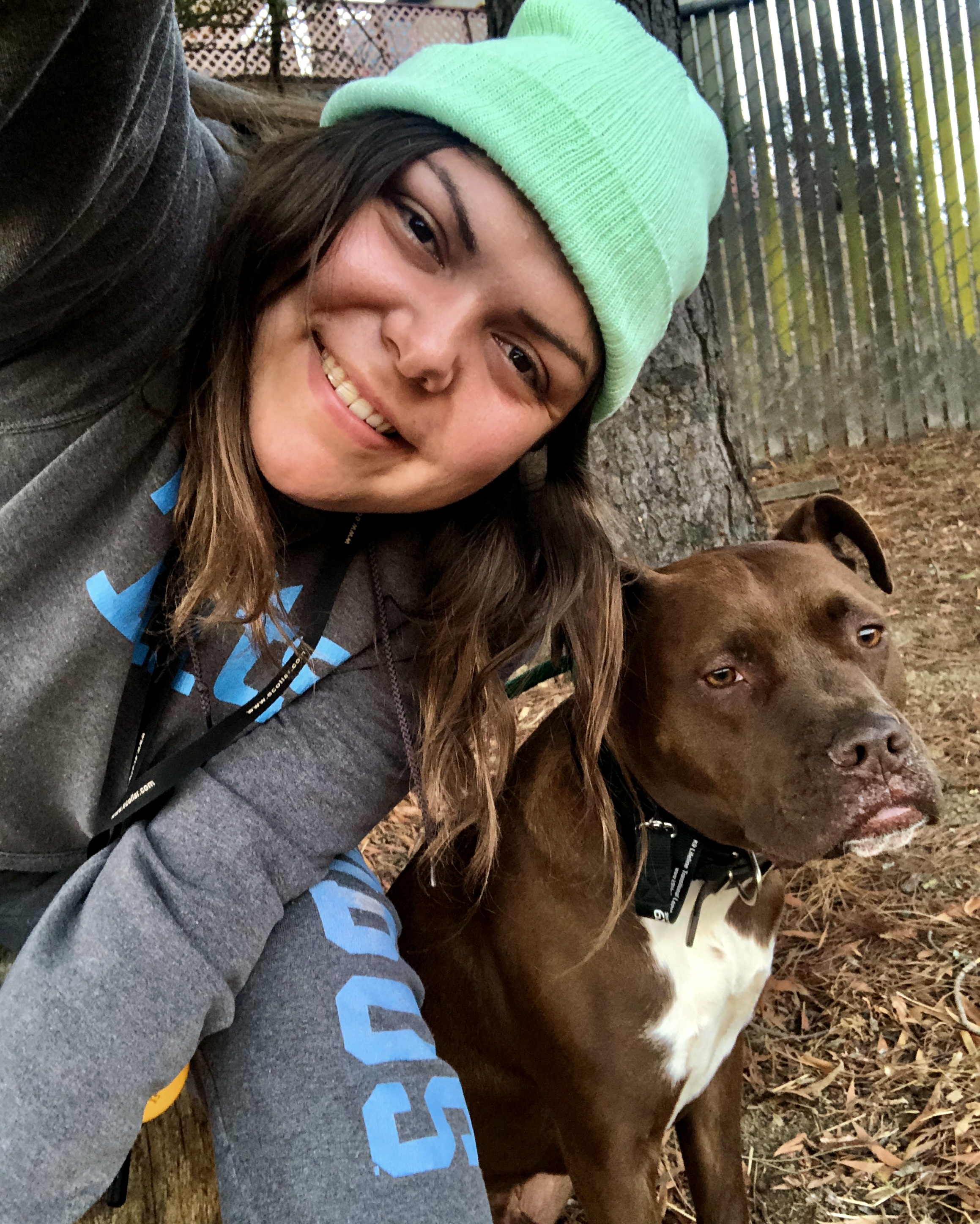 Beca joined The Mosaic Project in fall 2017, worked as a seasoned facilitator for four seasons, and then joined the year round team in fall 2020 as Caretaker, Program Specialist, and Lead Facilitator. She now coordinates the In School program and leads the Outdoor Project. As a Capricorn Sun, Gemini Rising, and Leo Moon, she absolutely loves the planning, prepping, and performing aspects of her job. Beca has a Bachelors in Peace and Justice Studies from Tufts University, and also brings with her many cross cultural experiences studying abroad, mentoring youth in international service trips, solo backpacking abroad, and living in sustainable communities around the world. Beca identifies as a trilingual, queer, Brazilian-Californian, empath, herbalist, dog momma, nature fairy! 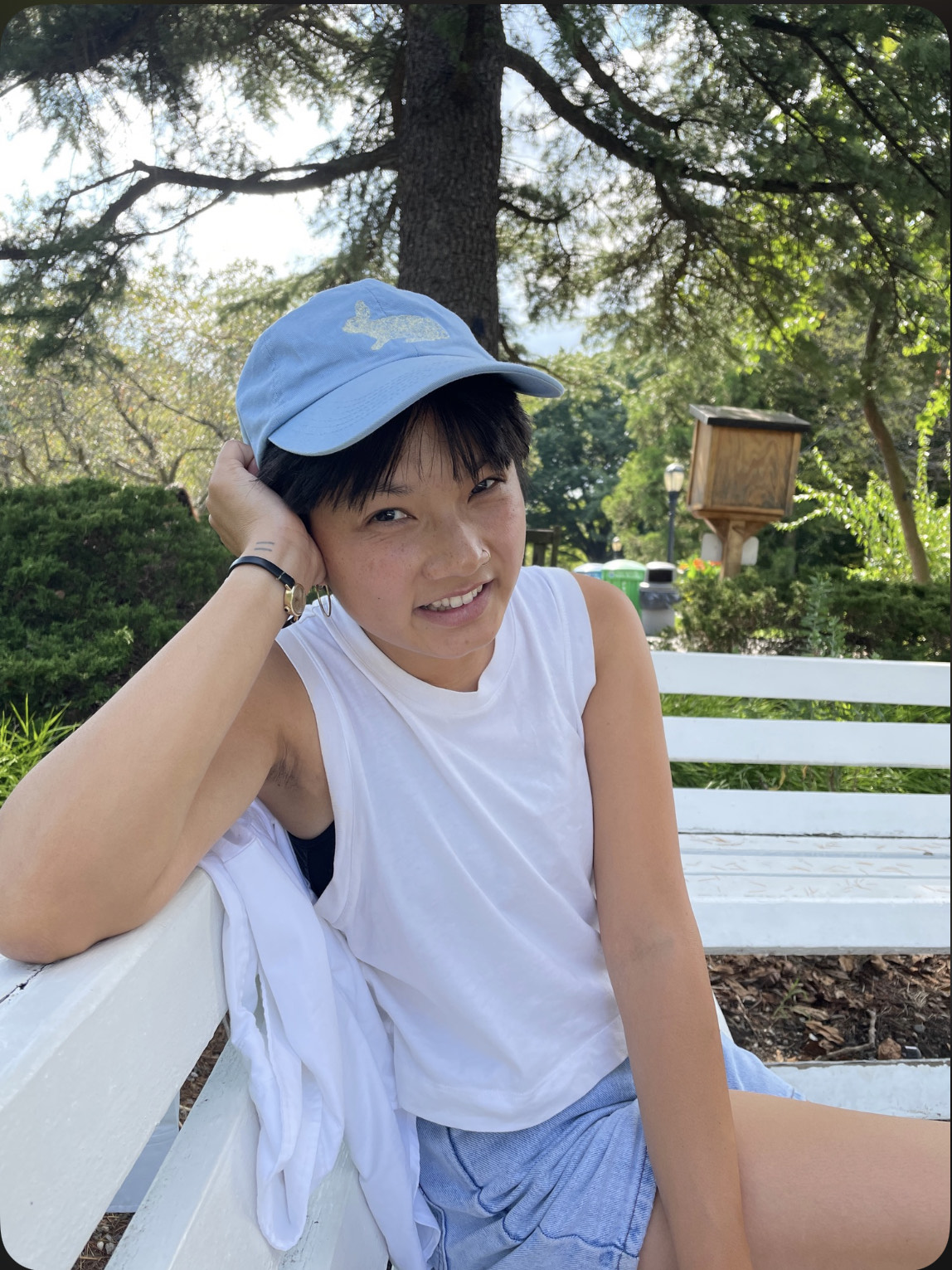 Emily is responsible for writing and managing The Mosaic Project’s grants and reports. She also helps edit curriculum and communications and assists with the Outdoor Project and Youth Leadership Project. She loves the beautiful full circle that is working with the next generations of peacemakers, since she is also a former student and youth leader. Emily earned her B.A. in English literature from Oberlin College, focusing on postcolonialism and creative writing. She loves long phone calls, eating outside, writing letters, and biking around town. 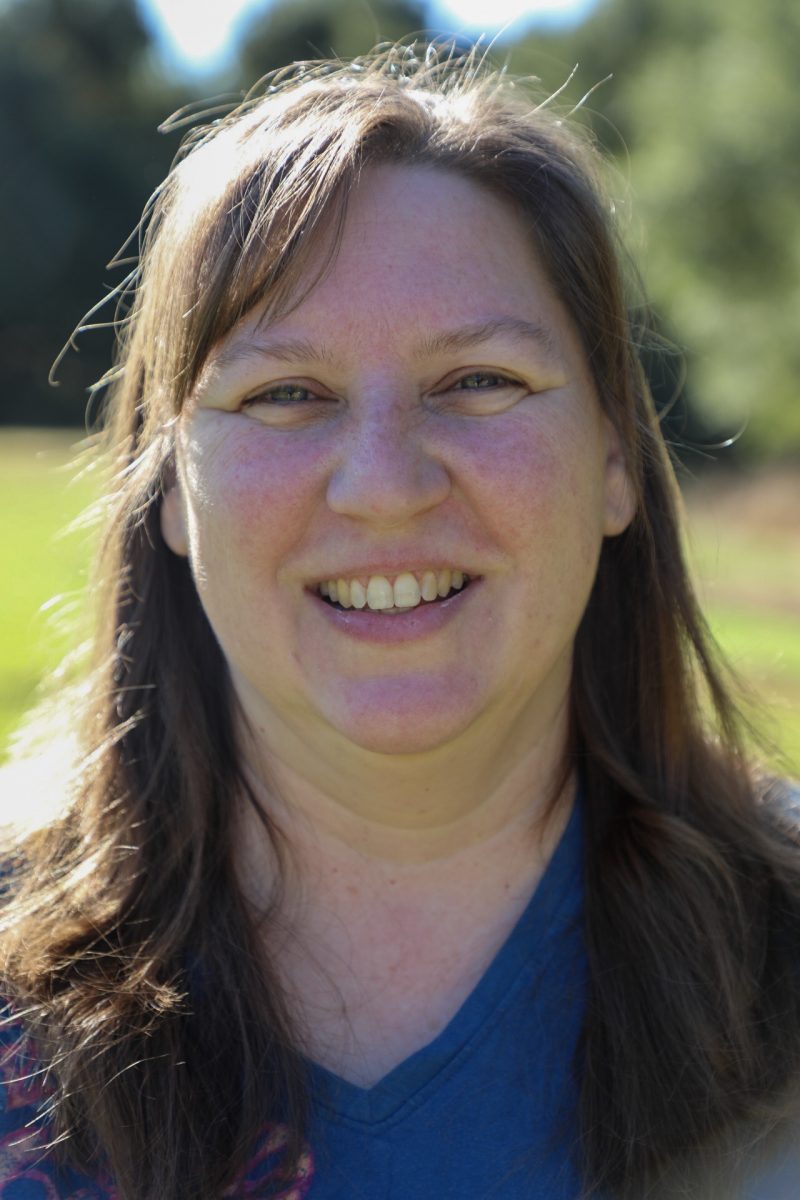 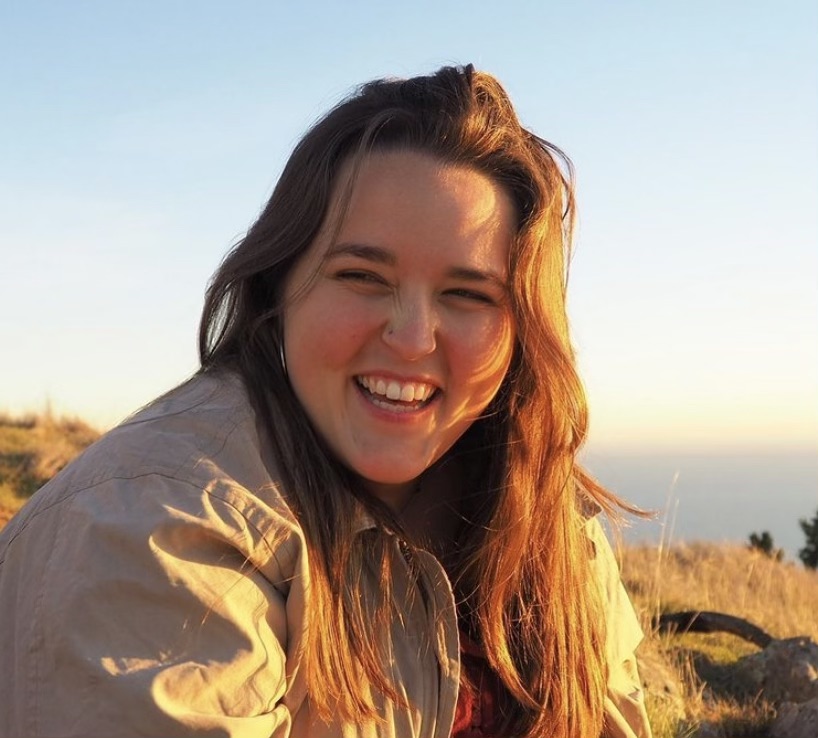 Charlotte Trotter has a strong passion for social justice and social change. Having grown up in a homogenous privileged community, it was joyous, blissful, and playful places, like Mosaic, where Charlotte was first able to recognize, accept, empathize with, and celebrate differences. Charlotte attended the University in Redlands and graduated with a B.A. in Race and Ethnic Studies and Psychology. Charlotte first participated in The Mosaic Project as a 4th grade student, and was eager to return to Mosaic at 15 as a Cabin Leader. Through her studies and experience, Charlotte passionately believes that educational weeklong camp programs can provide kids from different backgrounds with unique and intentional opportunities to come together to listen, understand, and empathize with one another in ways that break cycles of violence and social disparity. In her free time, Charlotte enjoys playing guitar, singing, and going for long hikes.

Members of the year-round team are joined by the following: 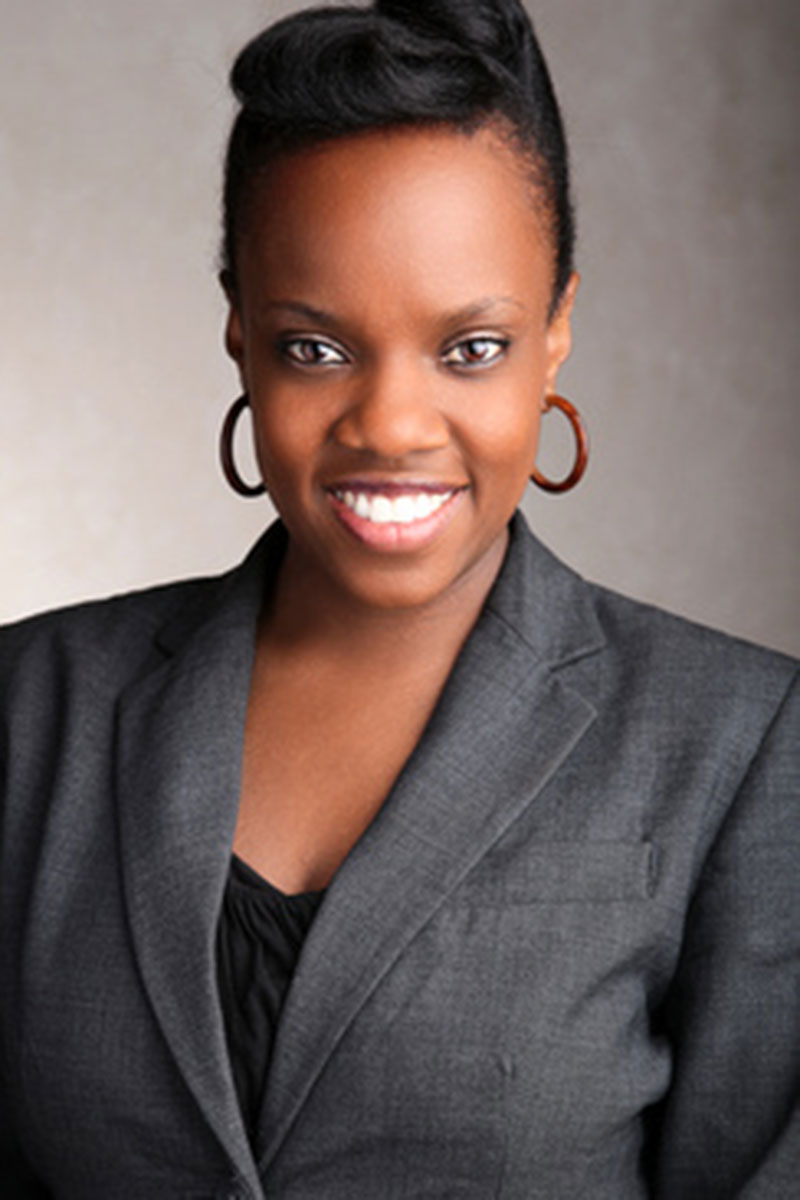 Maiya Lanae Evans has been a Mosaic Facilitator since 2009. She earned her MPH from San Francisco State University where she was also certified in holistic health. Much of her research examines the intersection between holistic health, public health, and social justice. She previously worked as a health educator at the UCSF Osher Center for Integrative Medicine, and currently teaches courses in public health at Skyline College and San Francisco State University. Maiya is also the founder of Hey Girl Health, a health, wellness, and culture brand that puts women of color at the center of the health conversation. She is also the host of The Hey Girl Health Show, a podcast and radio show that features interviews about health issues that impact women of color and the communities in which they live. She is currently an EPIC Community College Fellow at Stanford University. Kara Murray-Badal first joined The Mosaic Project as a Youth Leader in 2008. Since then, she has served just about every role within the organization, including Administrative and Outreach Director. She is currently the President of The Mosaic Project’s Board of Directors and the Director of UC Berkeley’s Terner Center Housing Lab. She has also worked as Communications and Community Engagement Manager at Seed the Vote, Senior Project and Change Control Coordinator at Bayer, and a Research Assistant at Harder + Company Community Research. Kara received her B.A. from Stanford University, MBA from The Wharton School, and MPA from Harvard Kennedy School of Government. 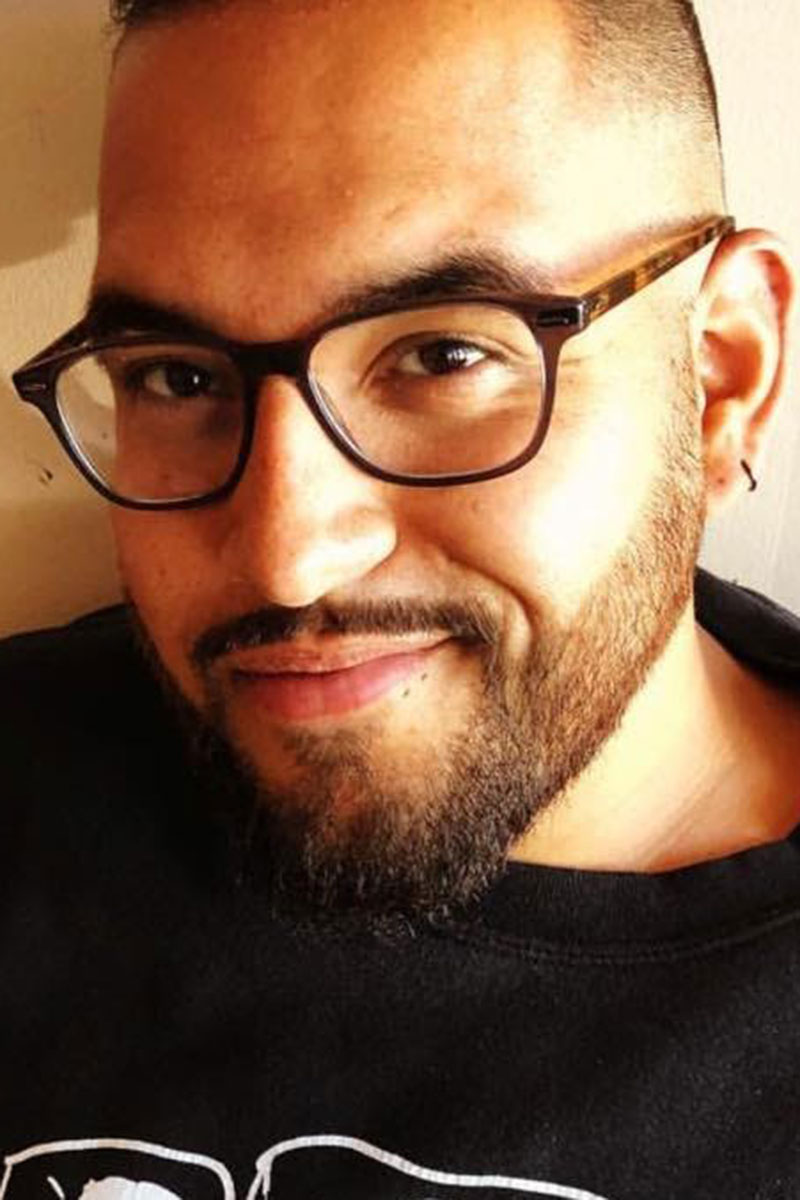 Mark Yanez has been a Mosaic Facilitator since 2011. He has also served in several other roles at The Mosaic Project, including Deputy Director. Mark’s background is rooted in activism in his home community of South Los Angeles and in the LGBT and [email protected] movements. He has worked at many nonprofit organizations around the Bay Area, including the Our Family Coalition. Mark is the first member of his family to attend a four-year college and received a B.A. in Sociology and Gender Studies from the University of California, Davis. He has an extensive zine collection and enjoys cooking vegan Mexican food, discussing decolonizing efforts, planning his next Disneyland visit, and playing cooperative board games. He is currently the Operations Manager at Golden Gate National Parks Conservancy.