Growing up in LA and the Legacy of Rodney King 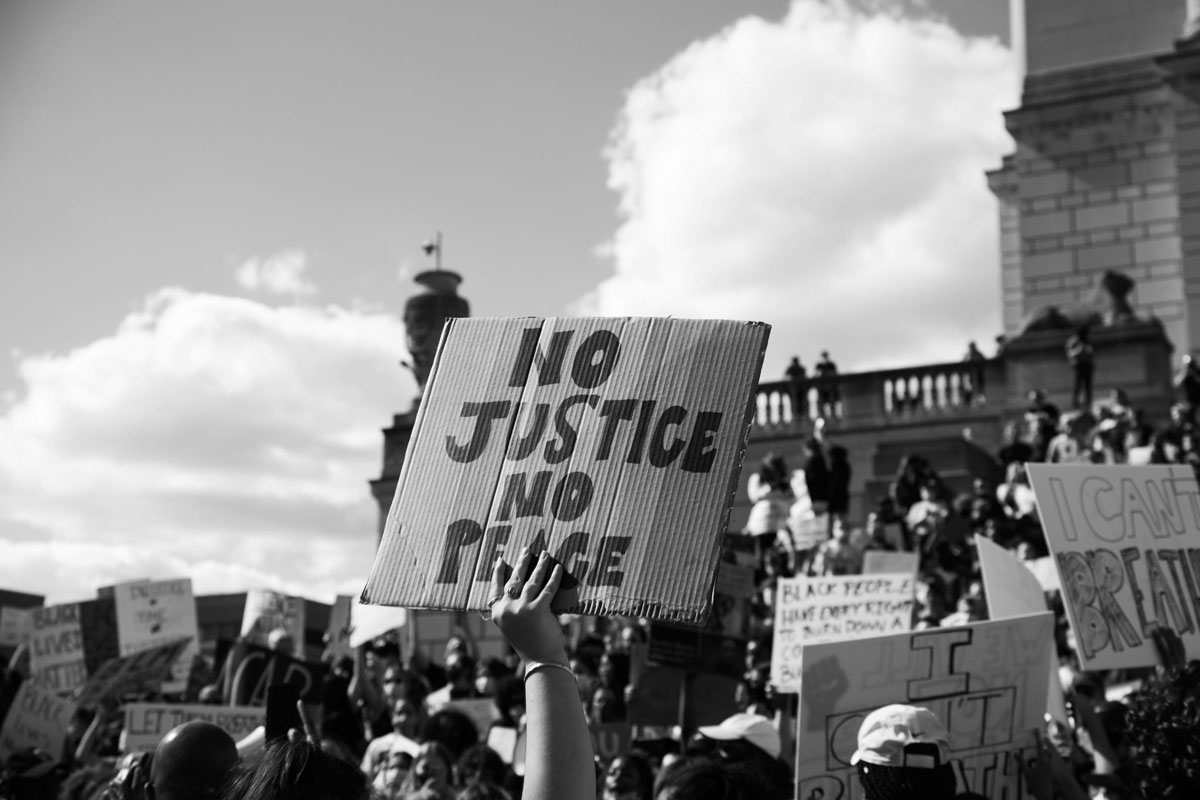 When Khemnes Fisher was a kid growing up in LA, he was taught and believed that overt systemic racism was a thing of the past. Then, LA police officers were filmed savagely beating Rodney King and were acquitted, setting off a civil uprising. Fisher’s perspective changed.

Now a social justice educator at The Mosaic Project, Fisher spoke with Mosaic Youth Leader and Stanford University student, Casey Hidekawa, to share his story and views on the ongoing fight for racial justice.

“The Giant is Slowly Waking Up”

Fisher grew up in LA, Black identified and working class, in the 1980s. Police patrolled his neighborhood 24/7. His first experience with the police was witnessing his friend Ricky getting thrown on the hood of the car because he wasn’t moving fast enough and then getting thrown to the ground himself. Fisher was well acquainted with personal, face-to-face racism, yet never thought much about systemic racism — until Rodney King.

“I thought, oh, well, racism, it does still happen, but it’s not as so bad anymore. But then when the Rodney King thing happened and got filmed, I thought, wow, now everybody can see what has been going on in my neighborhood for as long as I can remember.”

That was the beginning of his and many others’ social justice awakening, one that continues to build momentum today:

“From the Rodney King incident until now, I think there’s been a slow awakening and the giant is slowly waking up. I don’t think the giant is fully woken yet.”

Reaganomics: From Teams to Gangs

Fisher grew up on 120th Street in the South Central neighborhood of Los Angeles. The area had a lot of parks: Will Rogers Park, Athens Park, and Carver Park. He recalls that the city had a very strong park recreation program, so a lot of the parks had their own baseball, football, and basketball teams.

Fisher recalls, “most of the time we’re either playing sports and I’m running around in the streets, riding bikes, doing stuff.”

Gangs existed, but the temptation to get involved was low. Fisher remembers,

The rule of thumb was that everyone had to be home before the street lights came on. For the most part, Fisher viewed his childhood as a pretty average urban one.

Then Reaganomics came through and the parks’ budgets were cut.

“[Due to Reagonomics,] there was no more recreation stuff happening, a lot of parks didn’t have the money anymore to finance teams.”

With no organized programs after school, Fisher and his friends just started to hang out in the neighborhood, aimlessly.

“That’s when things started taking a turn,” recalls Fisher. “Those gangs that were kind of hovering around the perimeters, started coming more within the neighborhoods.” Gangs took over. Kids who used to shoot hoops together started shooting each other.

“It almost felt like it happened overnight, but it wasn’t always that way. I think it was a lot of benign neglect.”

Fisher began to escape into music and performing. He notes that while hip hop culture initially was positive — almost an “escapism from the hard life” — when reality rap came in, it brought negativity and glorified gang culture.

“From Over-policing to No Policing”

During the Rodney King uprising, Fisher recalls that people started with the intention to show their pent-up frustration. However, it quickly escalated, in large part due to the absence of any police intervention.

“The thing is, we kept waiting for the police to come through and do stuff. And there were no police whatsoever.”

The fires and damage began.

“Then, we heard that now they’re not there: from over policing to no policing.”

With this realization, Fisher says, outrage and havoc escalated. Yes, there were some residents who were setting fires and damaging local businesses, but there were also a lot of people from outside the neighborhood coming in, instigating, and adding to the destructiveness.

“No Black Liberation without Black Education”

Fisher remembers receiving very little education about Black history in school. What he was taught was limited to his ancestors being enslaved and surviving the aftermath. Fisher reflects:

“It’s not very inspiring to a Black kid, learning that he was a slave and that he was set free. When a Black youth learns that we had empires, we had civilizations that lasted for over 4,000 years, that’s inspiring — something to stand on, and that’s something to work for again.”

“I started understanding that we have to do more to make our society safer for Black people. My first thing was to educate more Black people and let them know that we had a history before we were enslaved.”

Fisher started to get educated. He learned about Black history and how decades of systemic racism and inequality had shaped his community. Fisher notes:

“There is no Black liberation without Black education. I think the first thing that needs to happen within the Black community is to educate ourselves and to find out who we were before the Maafa, before the enslavement, and before the colonizations.”

“Safety and Space to Grow”

The Mosaic Project, which helps youth build the peaceful world they envision.

He reflects on the need for activists to define their vision of justice, equity, and peace:

“People say they want a more peaceful environment. What does peace look like? I think people need to do more investigating on what peace looks like to them.”

“What peace looks like to me is when people feel safe enough to walk out of their own homes… people having mutual respect for each other, people having an open mind about being able to learn new things, learn about each other, and learn about cultures. A lot of people rely on stereotypes and what they are taught in books.”

Fisher believes three things can help communities get there:

Fisher attributes his own lack of education about Black history and racial history to his early ignorance about systemic racism and the importance of social justice. He notes that ignorance fuels stereotypes and close-mindedness.

According to Fisher, peace looks like communities being able to self-regulate. “I’m definitely down with defunding or at least reducing the reach of police. I think communities need to be more responsible for their own wellbeing. A lot of things that happen in our communities are a lot of domestic issues and a lot of people feeling lost and not knowing what to do with themselves.”

“Peace also looks like providing programs for people to help develop a vision for what they want to do. Peace is a complicated concept because it looks different for everybody, but I think, in general, safety and space to grow.” The Mosaic Project provides one such space — a weeklong experiential program in nature that creates a microcosm of a peaceful, just, inclusive world and empowers students with the skills to build it.

Fisher remains hopeful that, with continued growth and learning, we can make progress on racial justice. Quoting Audre Lourde, Hidekawa notes: “Revolution is not a one-time event.”

Thank you for reading and sharing.

Read this article on Medium